Air peace is set to begin evacuation of Nigerians from Ukraine

Air peace is set to begin evacuation of Nigerians from Ukraine beginning from Wednesday. With the ongoing raid and attack from Russian military forces across Kyiv the capital of Ukraine, Ukrainian citizens are bleak to the ongoing military operations drawing close and residents yearns for early cease fire and return to peace.

While different countries and world leaders provide support to aid Ukraine stop the Russian troops from destroying a Nation that has done them no wrong, countries whose citizens are residents in Ukraine have began measures to rescue its citizens from the imminent attack.

Nigerian Minister of Foreign Affairs, Geoffrey Onyeama, stated on Monday during a meeting with the Speaker of the House of Representatives, Femi Gbajabiamila. Onyeama said the evacuation of Nigerians trapped amidst the ongoing feud between Russia and Ukraine will be done following the approval of President Muhammadu Buhari.

The minster of foreign affairs Godfrey Onyeama, made this known today during an interview with channels television. he said the evacuation flights to Nigeria would commence this week from neighbouring countries around Ukraine Via Air peace and Max air.

Currently they are about 5,600 Nigerian students studying in Ukraine. And a total of 8,000 Nigerian living in the country who have been trapped amidst the ongoing conflict.

The federal government has agreed to arrange chartered flights from Air peace and Air max to bring Nigerians safely back home, flight commences on Wednesday (2nd match 2022) this week.

The federal government would begin the evacuation process to rescue Nigerian fleeing Ukraine crisis. Air peace have been given the task of bringing back home about 2,000 evacuees from Russia, Poland, Hungary, Romania and Slovakia. Its is reported that other Africans are impersonating as Nigerian to get shelter.
Correct TV Reporting. 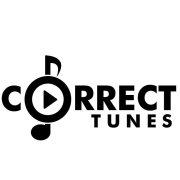 Tandu is a PR, Journalist and Detailed Web Analyst for media website correctunes.com, working to build and strengthen the brand’s popularity, and a voice in the new media, with consumer-friendly content aimed at educating intending readers.

Young thug wants to help Africans get out of Ukraine

Africa's Most streamed artists on Spotify

18 Passengers Were Burned Beyond Recognition In An Accident In Niger State.

Why Cristiano Ronaldo is a Good Option For Chelsea

What are Home Depot’s working hours on the 4th of July?
32 mins ago

What are Home Depot’s working hours on the 4th of July?